Jeffrey Walter Klee went missing just weeks after graduating from high school in 1977. His remains were recovered in a van at the bottom of a canal in Coral Springs more than three decades later. Law enforcement secured a confession from Klee’s killer shortly after, but the statute of limitations in Florida barred Klee’s family from launching a civil wrongful death complaint against his attacker.

However, in the case of Jeffrey Klee, a statute of limitations impeded justice and closure. The Jeffrey Klee Memorial Act was passed by the Florida Legislature in 2010, and now serves as an exception to the state’s wrongful death statute of limitations. When a death is the consequence of homicide, the Jeffrey Klee Memorial Act states that there is no time restriction for filing a wrongful death action. This is owing to the fact that homicide investigations might take years before the perpetrator is found and brought to justice.

If you are suffering the loss of someone you care about due to someone else’s negligence in Florida, request a consultation as soon as possible. Hevia Law Firm has built an experienced team of South Florida personal injury trial lawyers to help you seek justice.

The Most Common Causes of Carbon Monoxide Poisoning on Boats

The Most Common Causes of Carbon Monoxide Poisoning on Boats
September 28, 2022Coreyconsulting 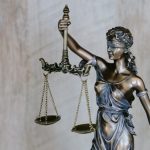 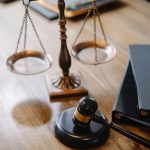